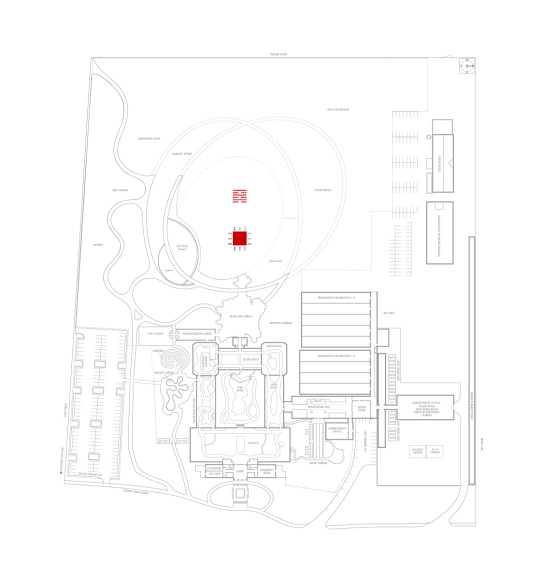 In collaboration with Lea Porsager and Arup
GinnungaGap (field I)
This field is build of a steel structure and 12 moveable wall tubes (normally used for flood protection). The proposal resembles a temple structure, not dedicated to a specific religion or belief. The hindu temple, as an example, is a mapping of the relation between cosmos and the cell by a unique plan based on astronomical numbers; all the cosmic elements that create and sustain life. The temple can be seen as a community creator. A gathering place to raise crucial questions. Building the temple with wall tubes makes a critical reference directly to the current climate situation with rising sea levels and at the same time brings your thought to joyful bouncy castles and suggests a more playful thinking. As with the temple structure, the grid constructs a center. A mere hollow space with no decoration, symbolically representing the sacred Universal, one without form, which is present everywhere, connects everything and is the essence of everyone. A similar space of nothingness is also found in other religions. In Nordic Mythology this vacuum is called Gunningagap.